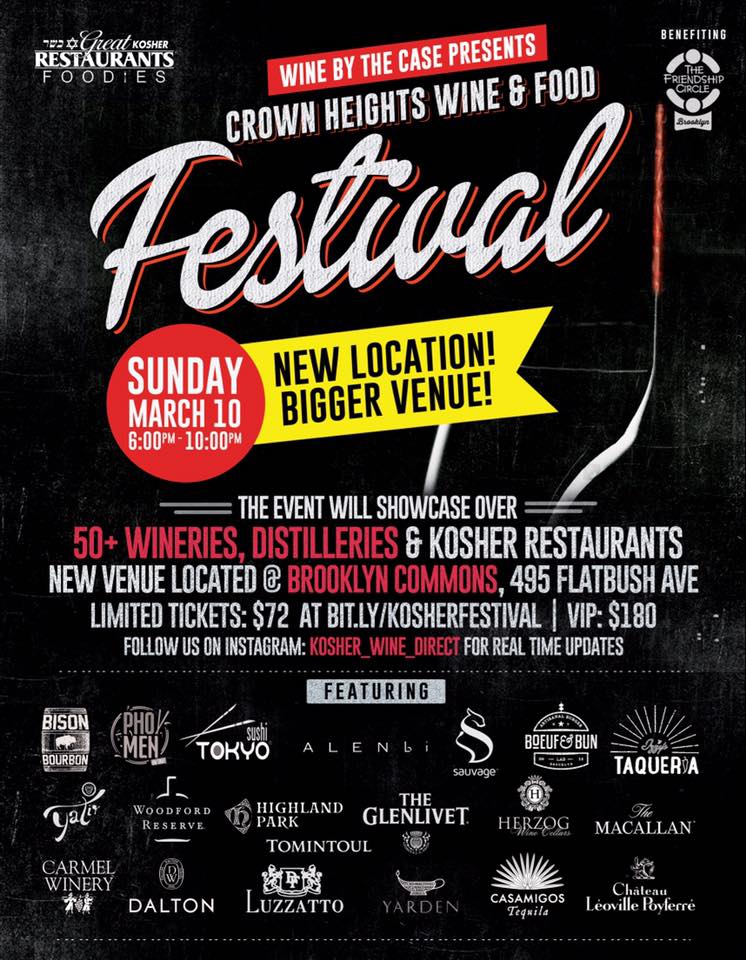 Over 50 kosher restaurants, wineries and distilleries were featured at the Crown Heights Wine & Food Festival.

The festival, coordinated by Wine by the Case, a premier wine store on Empire Blvd. in Crown Heights, benefitted the Friendship Circle of Brooklyn, which assists children with special needs.

The event, which was originally to be held near the Wine by the Case shop in Crown Heights, had to be moved to the larger Brooklyn Commons event space a few blocks away to accommodate the large crowd.

The event served to introduce the wider Jewish community to the culinary revolution currently happening in Crown Heights, making the neighborhood an unparalleled hub for kosher wine and culinary innovation, organizers said.

Over 100 wines and spirits were showcased to taste by winemakers from France, Italy, Spain, Portugal, New Zealand, Australia and the U.S., with a special focus on introducing wines from Israel.

“Unfortunately due to Middle East politics, a lot of distributors and connoisseurs not only do not register the quality in production of kosher winemakers, but they will also not even consider the option of carrying or trying products from the land of Israel,” said Shmulik Stell, Manager of Wine by the Case.

Stell said Israeli winemakers are now given the opportunity to flourish and properly showcase their products due to the growth in the kosher wine industry.

“We put a lot of effort into curating a product line that is Israel focused,” said Menachem Reich of Wine by the Case. “We have the largest selection of Israeli wine in New York City and we do everything we can to promote Israeli winemakers and support our brothers and sisters in the holy land.”