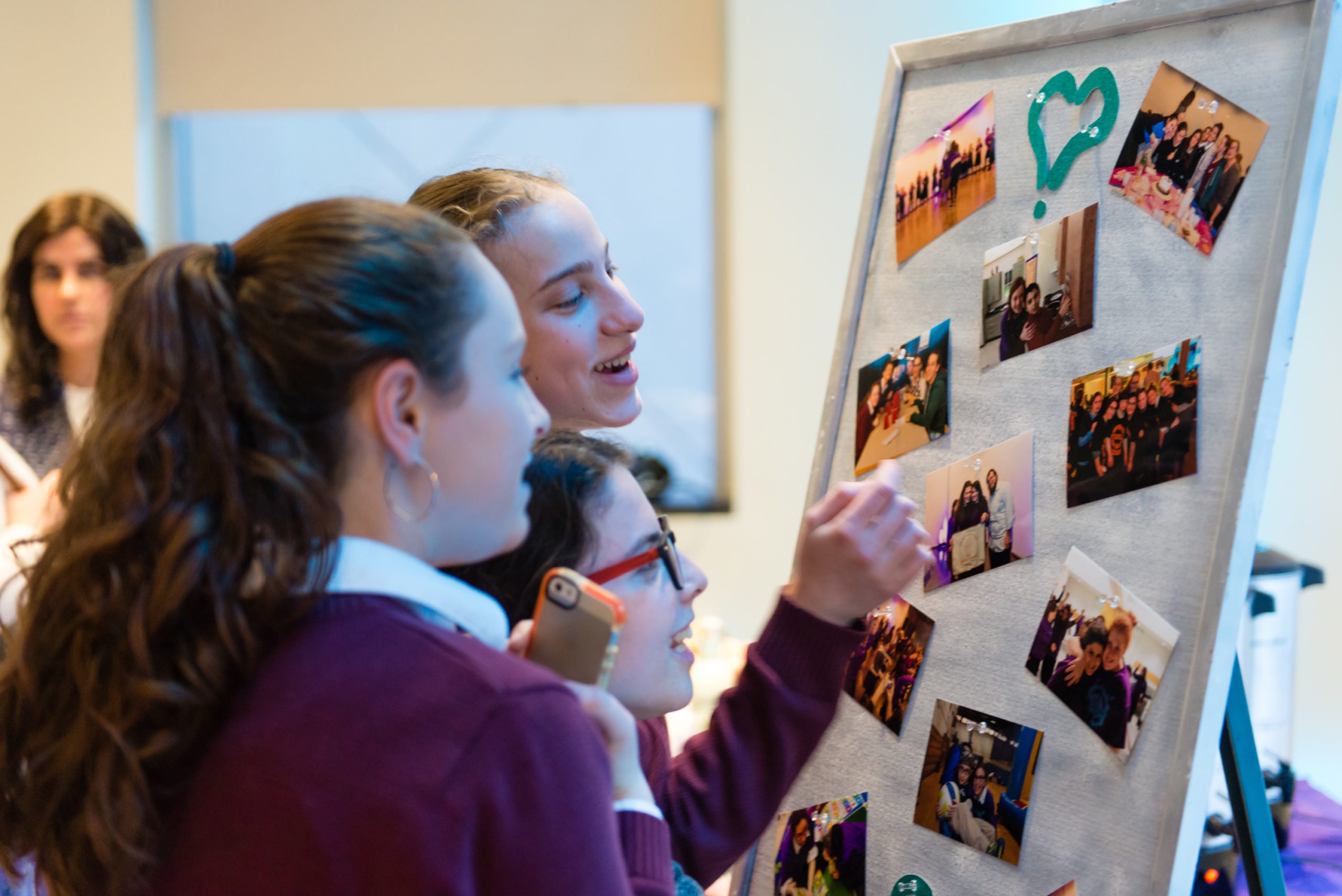 170 volunteers of the Friendship Circle of Brooklyn gathered with their proud mothers for an end of year appreciation event.

170 volunteers of the Friendship Circle of Brooklyn gathered with their proud mothers for an end of year appreciation event.

“Who am I?” was the theme of this years Friendship Circle’s annual volunteer appreciation event. 170 girls and their proud mothers came together at the JCM on Thursday night to salute the work and dedication of the volunteers this year.

Mrs. Chani Majesky, Director of the Friendship Circle of Brooklyn began the night with a heartwarming story from Likutei Diburim where the Frierdiker Rebbe gave over a story from a time in Poland when he was taking shelter from a bombing.

The Frierdiker Rebbe describes in detail the different people that were gathered together with him, and the profound impact that the diverse group had on him. Mrs Majesky drove the point home by explaining, that although we may look or talk differently, to our Father in heaven, we are all his children – we are all the same.

A short film emphasizing this point #imjustlikeyou had the crowd deeply moved. The strong lesson brought out in this video is that ALL children are alike; with hopes and dreams, likes and dislikes. The message is simple, compelling and delivered by self-advocates – they’re #justlikeus.

Inspiring words were then delivered by Mr J.B Bensmihen, republican candidate for Florida State House. Diagnosed with spastic cerebral palsy, Joseph’s parents were told he would never walk. As a bright young boy with a disability, he wanted to attend his sister’s school. However as a result of his disability he was unable to do so. Never wanting anyone with a disability to ever be told their disability will prevent them attaining their goals, Joseph became instrumental in having the Canadian law for mainstreaming children with disabilities changed. Later, Joseph graduated Yeshiva University and then spent time teaching others how to mainstream talented people with disabilities into the financial sector. Where others see obstacles, J.B. sees opportunities; he has ran a marathon in support for his local Friendship Circle, founded a foundation to support education, is the CEO of home care developments, and is currently running for congress in Florida. His courage and determination inspired all in attendance.

The school presidents were each presented with a personalized gift, thanking them for their tireless contributions to the Friendship Circle and its families. A beautiful A capella choir accompanied by a slideshow of pictures from the many events that occurred this year was then shown.

The program was wrapped up with Mrs. Majesky thanking the mothers for allowing their girls to pay visits to these special children, even if help was needed in their own homes during that time. She described the impact this has on the entire home and family.

On their way out, the volunteers who have dedicated the past 10 months to a child or young adult with special needs, received a sweatshirt as a small token of appreciation. An iPad was raffled off to one lucky winner, sponsored by Mr. Eli Wienstock.

Thank you to Chumi Levin and Mushki Tenenbaum for all their help in arranging and assisting with this event.