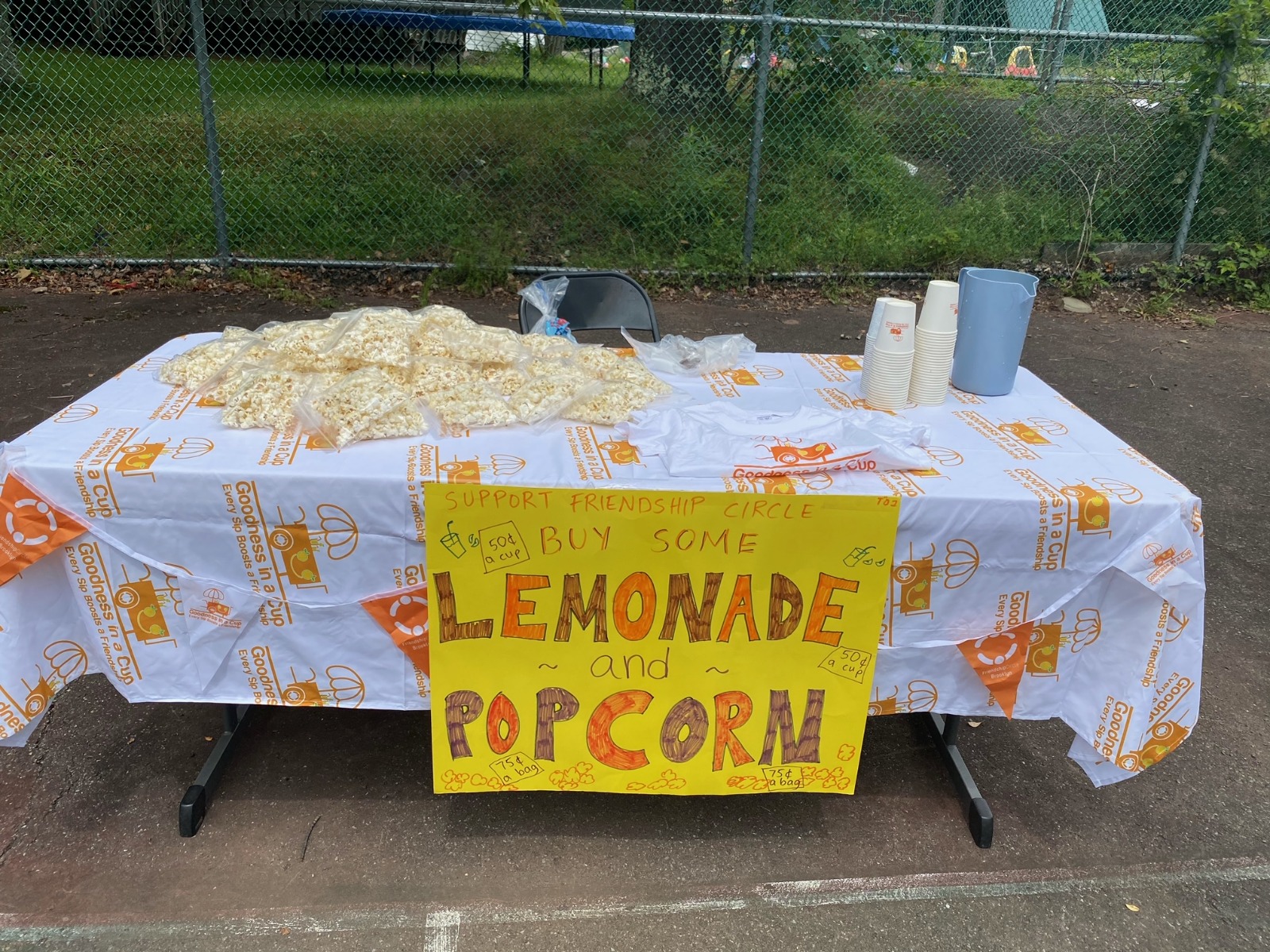 Some thirty five groups of children signed up to raise funds by running their very own pop-up lemonade stands. Friendship Circle provided the eye-catching materials, including branded cups, tablecloths, banners, t-shirts, and a recipe. The children took it from there, peddling delicious, homemade lemonade, along with the opportunity to support a worthy cause.

What started as a homespun Brooklyn campaign spread across the country, with children manning stands as far away as Nebraska, Florida, and California.

“When you give children the opportunity to do something good in their spare time, they will shine,” said Rabbi Berel Majesky, the co-director of Brooklyn’s Friendship Circle. “We are constantly getting calls from parents who want their children to be involved in doing something good and positive with their time, so we created this opportunity.” The feedback that Friendship Circle received from parents of these children was tremendous. Feelings of productivity, empowerment, and success were just a few.

Most of the children who participated are connected to Friendship Circle in some way, but some joined simply for the positive experience. Charity, after all, is a cornerstone of Jewish life, and this was a unique opportunity for children to experience the gift of giving in a fun and exciting way. “I couldn’t believe that someone paid three dollars for a cup of lemonade when it only costs fifty cents,” said one child, excitedly. The thrill of hosting and collecting for a cause was tangible.

“Most kids know that their parents donate to community organizations and that there’s a concept of giving charity, but here is where a kid gets an opportunity to do that,” said Rochel Karp, the program coordinator at Friendship Circle.