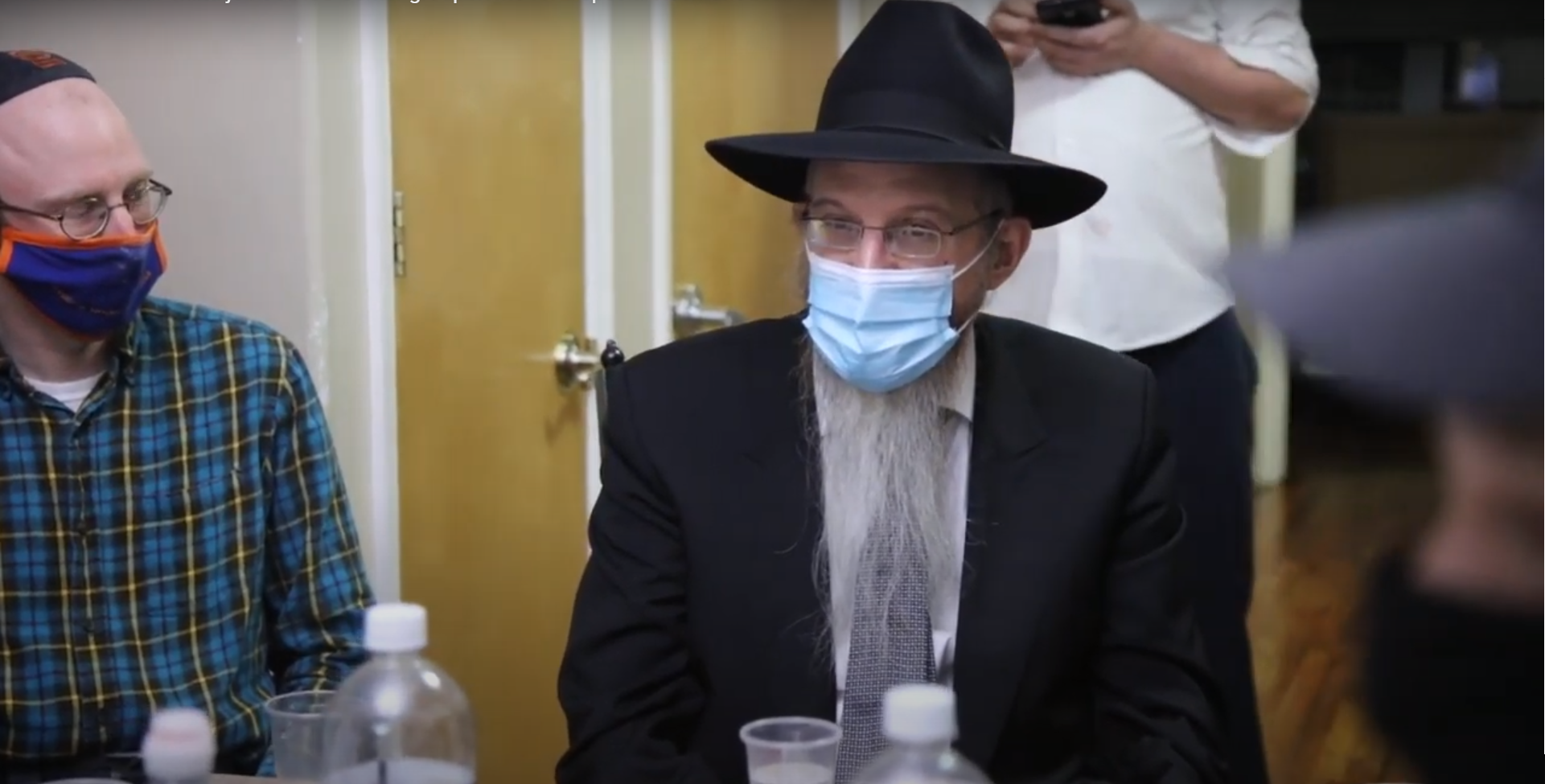 This article was originally published on COL

Rabbi Lazar was welcomed by Mrs. Shmiel Kahn, CEO of HASC, Mr. Abe Eisner, President of the HASC Board of Directors, and Rabbi Berel Majesky, Director of the Friendship Circle of Brooklyn.

Rabbi Lazar was warmly welcomed by the residents of the home, who were eager to show him around.

After his full tour of the home, Rabbi Lazar joined them for a Farbrengen in honor of Rosh Chodesh Kislev, during which he spoke about the importance of always being b’simcha, which is the theme of Chodesh Kislev.

After some lively niggunim, Rabbi Lazar gave everyone a warm bracha and chizuk as he was inspired by the amazing work of the HASC center.