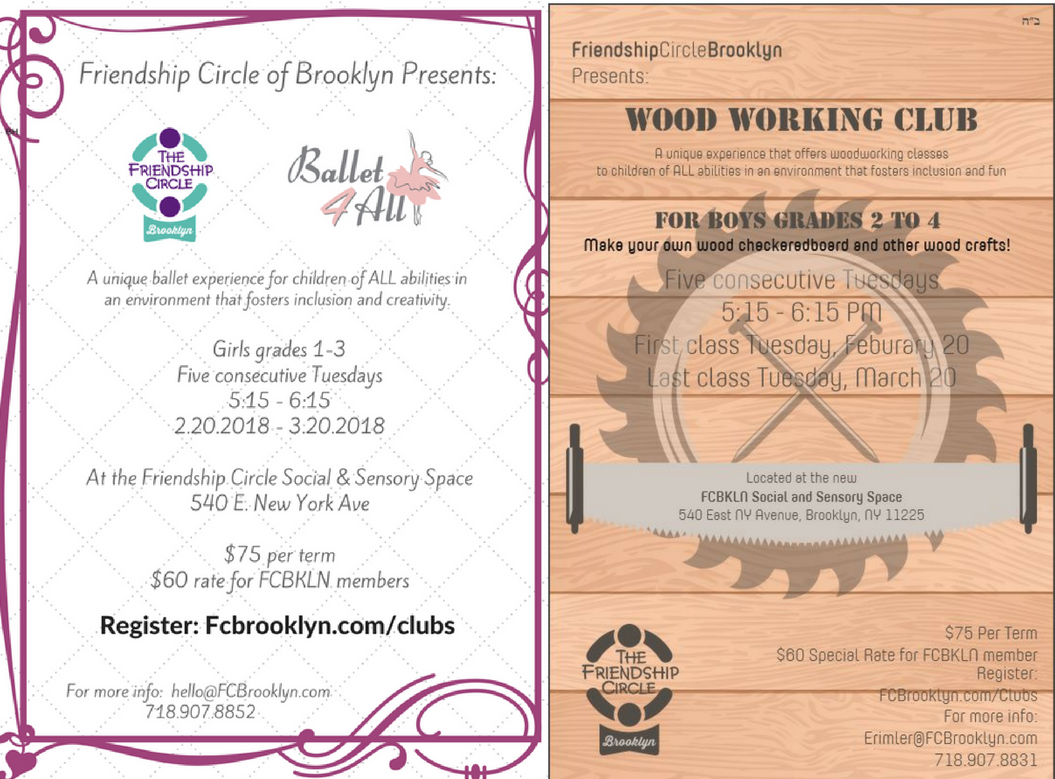 Friendship Circle of Brooklyn has opened registration for Session Two of its after school clubs for girls and boys of all abilities.

After running a successful pilot program, the Friendship Circle of Brooklyn will be offering two simultaneous after school clubs for boys and girls, starting mid-February. Both sessions will foster an inclusive environment and will be open to both children with disabilities and typical children in the community.

With the majority of children with disabilities attending school out of Crown Heights, it became increasingly clear to FC Directors, Chani and Berel Majesky, that a new program that includes all children in the community needed to be created.

The initial pilot program of Martial Arts for boys and Cooking Club for girls was met with such excitement and sold out sessions, and left parents begging for more! Session two will be offering Woodworking classes for boys and Ballet for girls. Classes will be run simultaneously at the NEW Friendship Circle space at 540 East New York Ave, on Tuesdays from 5.30-6.30pm.

Programs will have a number of volunteers on hand to ensure the environment is one of inclusion and a great social experience for all in attendance.