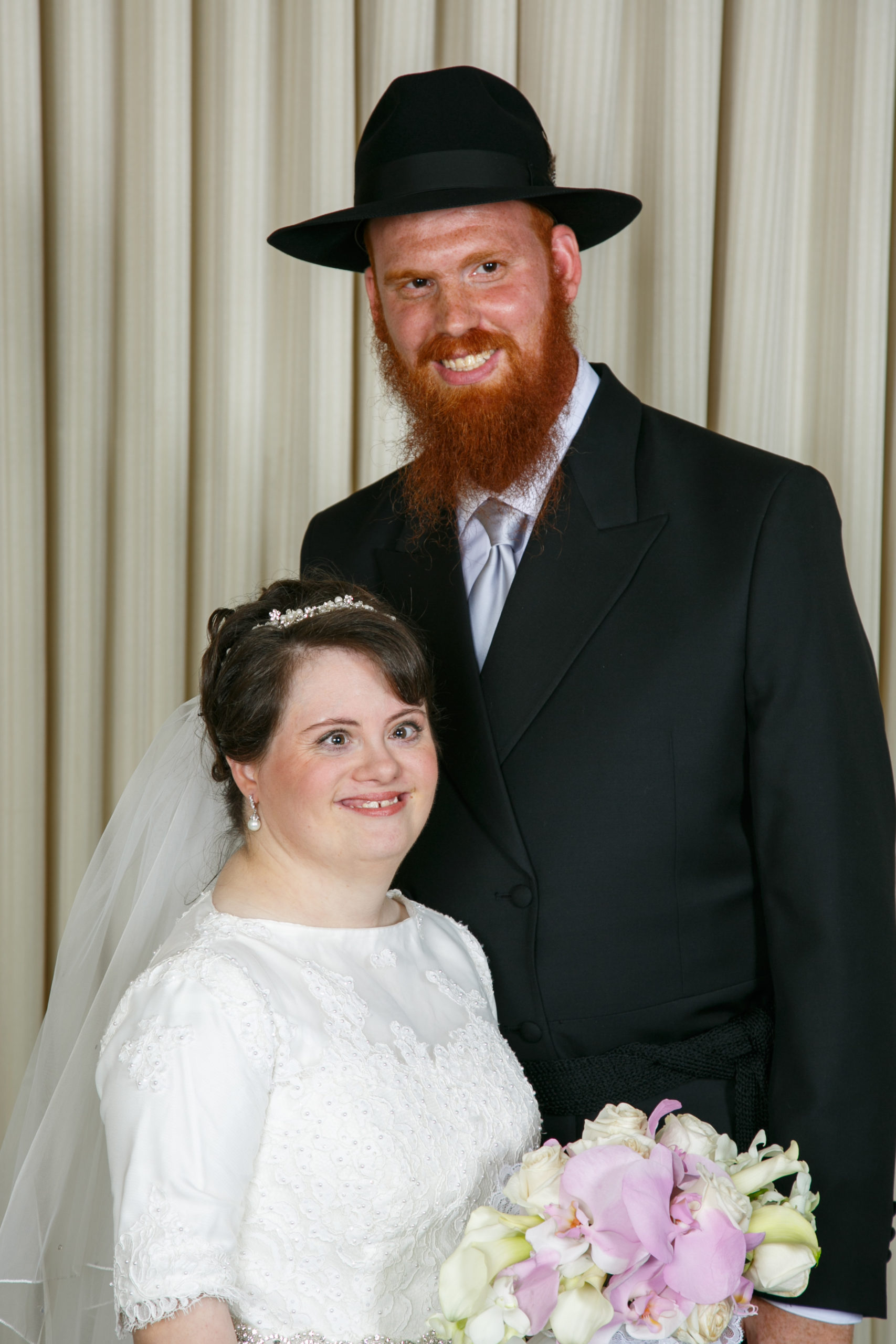 In this community, many have the good fortune of being invited to weddings all the time. Some are more memorable than others. However, I can rest assured that no one in attendance will ever forget the sparkling event that took place at the Atrium in Monsey on Tuesday, August 22.

Tamar Schlanger of Teaneck, daughter of Esther and Jackie Schlanger, was married to Chaim Goldman, son of Tzirl and Shmuely Goldman of Crown Heights. Rabbi Baruch D. Lesches, rabbi of Chabad of Greater Monsey, was the officiating rav. Dr. Jeffrey Lichtman, the international director of Yachad, addressed the couple under the chuppah. Later in the evening, Jackie Schlanger, father of the kallah, very succinctly and emotionally spoke of the challenge of parenting children with special needs. He mentioned that it is often said that it takes a village to raise a child, but in this particular case, as only parents of children with special needs know, it takes an army.

The path Tamar and Chaim followed that eventually led to this magnificent wedding began years ago. As young children they both attended SINAI Schools programs. At the time they were both totally unaware of each other. As years passed, Tamar with a diagnosis of Down syndrome and Chaim, who is developmentally delayed, went their separate ways. As they grew older they would meet at Yachad events. As it often happens at Yachad functions, young people get to know each other through participating in various programs. They developed a friendship. Tamar, as she became older, moved into a HASC group home for women in Brooklyn and Chaim joined a HASC home for men.

It was when Chaim began attending the Yachad Day Habilitation program at which Tamar was already a participant that a social worker took note of the fact that a real friendship was developing between them. She noted that a true sense of caring among them was being established. This was not a shidduch but a couple who had truly found each other. Her observation led her to call both sets of parents and ask them if they would consider the possibility of these two special people entering into what could be a serious caring and loving relationship. Both sets of parents were called to meet with each other, along with the social worker. As the possibility of their children with special needs ever having anything similar to a real boyfriend/girlfriend relationship was far from their minds, they each skeptically attended this first meeting.

However, as the conversation ensued, they realized that maybe, just maybe, this could work. Between Tamar and Chaim they saw a sparkle that they had never seen in either one before. They decided to wait it out with a good deal of encouragement. They began to date, keeping in mind that neither Tamar nor Chaim is able to drive, so most things in life must be prearranged for them. Every time that they went out, their group home managers would have to arrange for someone to drive them and accompany them wherever and whenever they went out. The young couple decided that they loved to go to various eateries, but it was then decided that it might make more sense for them to go on more experiential dates. This also worked—they loved it. The dating process was over a period of two to three years. During this time, HASC provided relationship counseling for each of them separately. Eventually, the counseling was done with them together as a couple.

It was SINAI Schools that gave both of these young people the fortitude and confidence to believe in themselves and their future. In Tamar’s case, the Jewish Education for Special Children (JESC) experience imbued in her a continued love of Yiddishkeit; and through their involvement in Yachad and HASC, both the chatan and kallah grew into the amazing people that they are today.

As I have often said, every young person involved in these organizations, as well as the amazing people at the helm of each, are total tzadikim. There is no way that any family faced with a child or children with special needs can ever repay HASC, Friendship Circle, Yachad and all of the organizations dedicated to the participants and families who have members with special needs.

In particular, parents of young adults with special needs realize that most dreams that they would have thought possible for their children prior to their birth will never come to fruition. In the case of both Tamar and Chaim’s families, there was never an inkling that such an event could ever take place. That Hashem’s hands were working for this miracle to take place is evident every day.

Both Tamar and Chaim are employed. They still attend the Day Habilitation program run by HASC, and Tamar is employed as well by Yachad and travels three times a week to the OU offices. Chaim is working for Yachad Gifts. They will be living in a HASC-supervised apartment designed for a married couple. How great is that?

The smile and sparkle that lit up Tamar’s face when Chaim was brought to her for her badeken will not be forgotten by anyone who experienced it. His concern and love for her is evident to all. They love the idea of being called Mr. and Mrs.

Both the chatan and kallah left the Atrium to begin their new life together in what was a whimsical request of theirs—a shiny white stretch limousine awaited them. Mr. and Mrs. Chaim Goldman were off to share a beautiful life.

Mazel tov. May each day of their lives be as sparkling as their wedding.