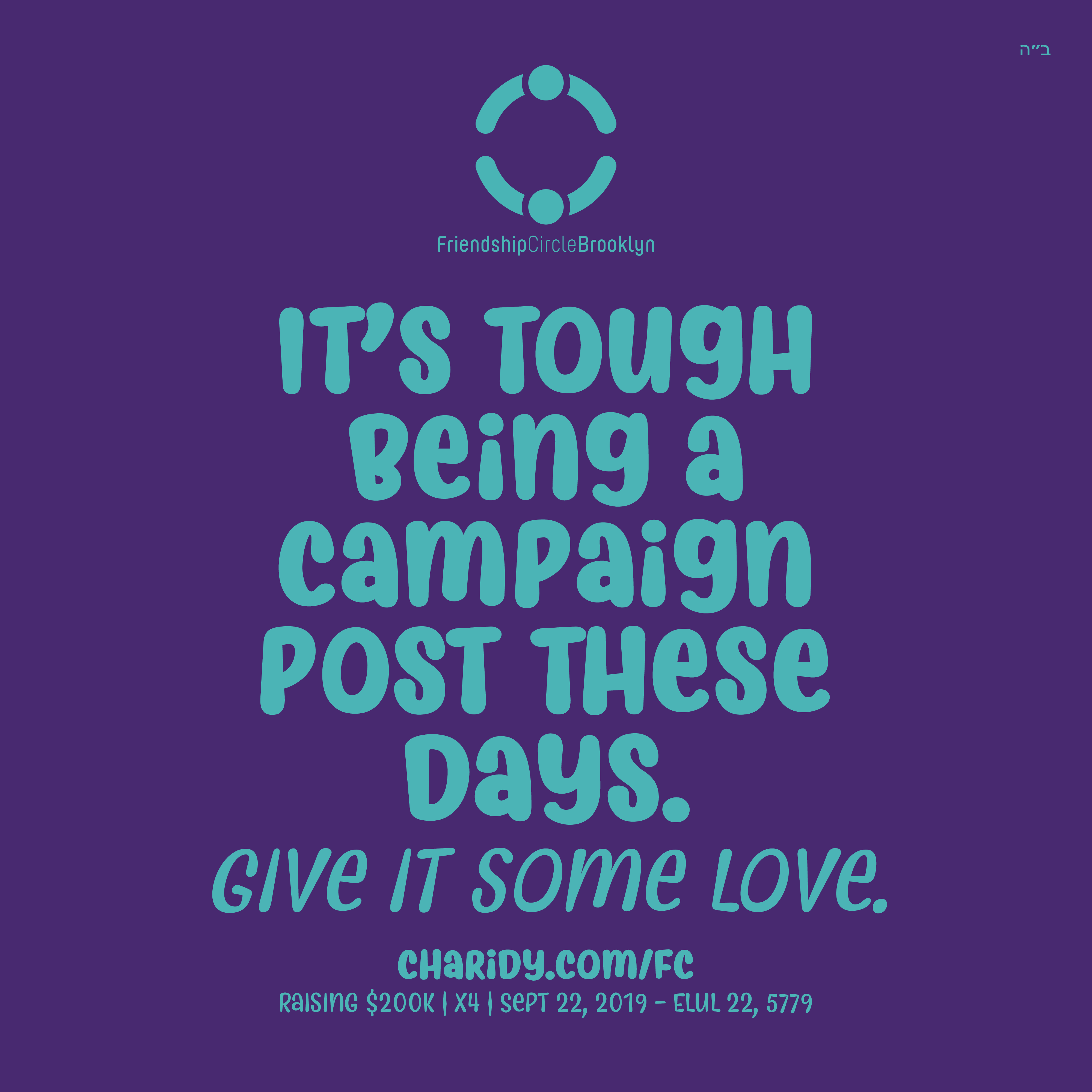 If this were a typical campaign press release, I’d be sure to start off with the important stuff. Things like the date, the time, and how much we need all of you amazing people (yes, I’d say amazing) to get involved. Because if not, we won’t reach the goal, your money will be returned, and the world will be a dark, dark place.

I’d also be sure to tell you about the wonderful and impactful work this organization is doing. And how it’s essential for them to succeed.

But I’m not going to tell you any of that, because you already know all of that. You know just what, and how much, Friendship Circle Brooklyn means to our community. You’ve probably even volunteered with Friendship Circle at some point, known a volunteer, or watched someone you care about absolutely blossom through its many programs and events. For me, I’ve been all three.

I’d also never use the word “I,” because I’d want this to sound official and objective. After all, press releases don’t really have a writer with their own thoughts and feelings. They just digitize themselves on your screen, saying “BOO!” right between your first cousin’s, twice removed, third bris and a listing for a newly “renovated” basement for “responsible” bochurim. There’s a formula to it (but you’ll have to reach out to charidy.com and ask for Ariella or Ben to find out what it is.)

For this, I don’t want to be some faceless ghost writer with another press release to write. I care too much (a possible fault). And I want the individual to matter. Isn’t that what Friendship Circle Brooklyn is all about? Creating a community of love and belonging, where every individual can be seen―really seen―for who they are.

Maybe, you’ll say I’m playing favorites. You bet. Just scroll down and look at all those photos and tell me you don’t love them too!

This campaign isn’t here to shock or scare you. Or to make you cry. Unless it’s with sheer and unmitigated joy. What Friendship Circle wants is what they do best―to make you smile. And to get you to feel a little better now than you did before.

To be a force of positivity in a world that is so often focused on the negative.

It seems fitting for an organization so deeply connected to the needs of its community to open up their work with the entire community. This was the inspiration for the Street Fair, to share Friendship Circle with everyone. To not just say that we’re a community. But to BE A COMMUNITY. So even if you’re not a member or volunteer, you’re invited to come out, meet us, and spread the simcha with us.

I think I’m done now. But before I go, you need to know all that stuff I skipped in the beginning. So here it goes: Friendship Circle Brooklyn is holding a 24 hour campaign this Sunday at 2pm until Monday at 2pm with the goal of raising $200,000. It’s all going down at charidy.com/fc and at the corner of Crown and Kingston.

You know what you have to do.

If you’re still here with me, dearest, rarest reader of 2019, let me finish by saying, “Hi, it’s me again.” Even though you never knew it was me writing for you in the first place. You might never hear “me” again, but you’ll be hearing from me. 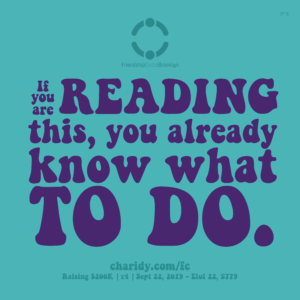 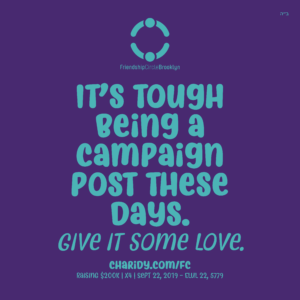 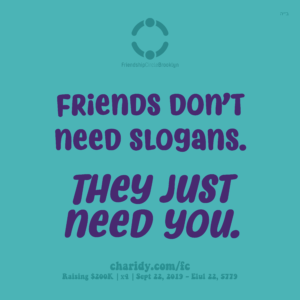 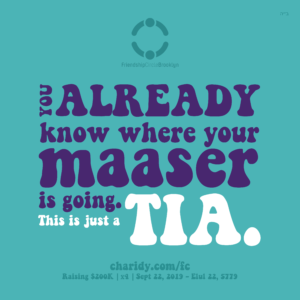 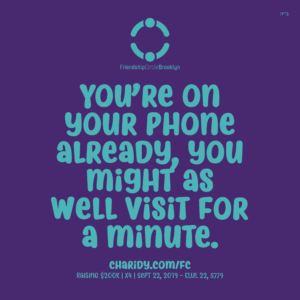 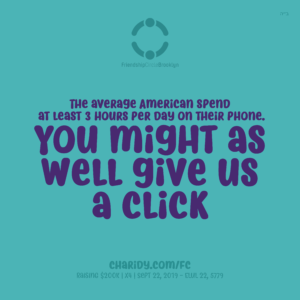 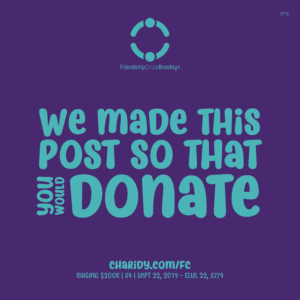 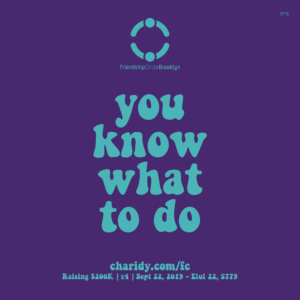